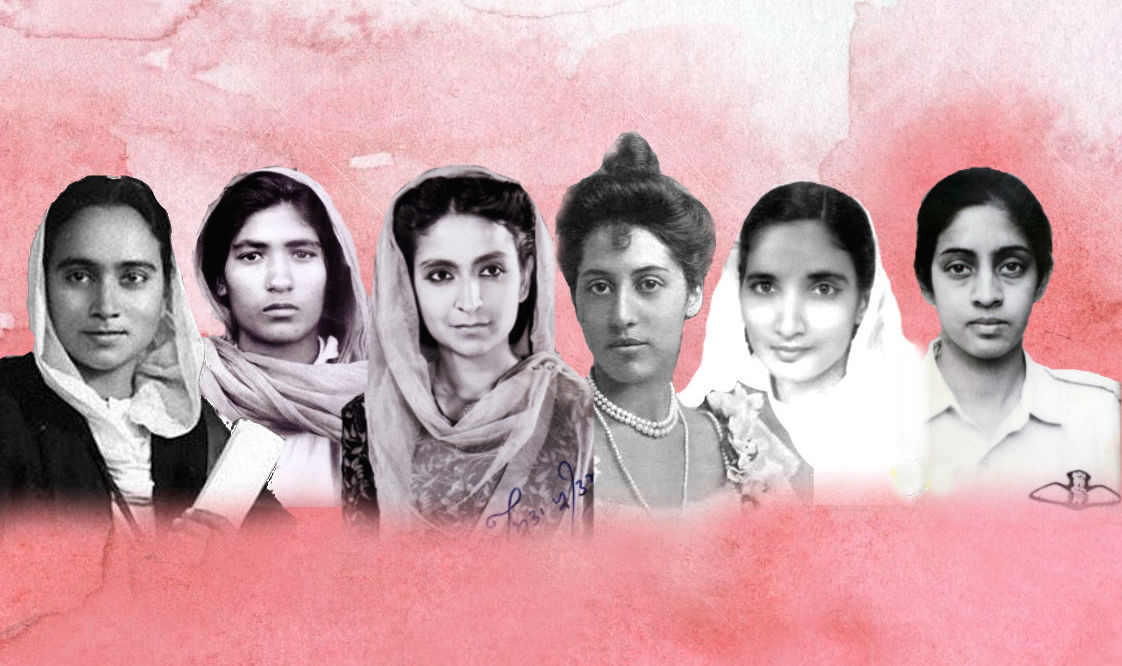 Oftentimes, women’s contributions are overlooked because, for the most part, it is men who write history.

In India, women of the Sikh faith have fought, ruled, taught and served for centuries. They have managed organizations, guided communities and led revolts. These accomplishments are admirable in their own right, and they are even more impressive when viewed in the context of the intense patriarchy and cultural misogyny against which these women were working.

We know about some women, but there are others whose stories have been lost to time.

Here are 12 amazing Sikh women of history who have shaped our world and whose legacies inspire us today. Armed with the Sikh belief in social justice and gender equality, these women paved the way for a more just and compassionate world.

Coming from a poor family, Gulab Kaur and her husband, Man Singh, sought a better future. So, from Punjab, India, they went to Manila, Philippines, with the ultimate aim of migrating to America. In Manila, Gulab Kaur heard lectures by the Ghadar Party, an organization founded by Punjabi Indians abroad with the aim to liberate India from British Rule.  She was inspired to join the movement and, with a press pass in hand and disguised as a journalist, she distributed arms to Ghadar Party members. Gulab Kaur also encouraged others to join the Ghadar Party by distributing independence literature and delivering inspiring speeches to Indian passengers of ships. She was ultimately sentenced to two years in prison in Lahore (present-day Pakistan) for seditious acts.

Bibi Bhag Bhari was one of the first to occupy a seat in the Sikh administrative system (Manji system) of Punjab, India. Under the order of Sikh Gurus, the Manji system was tasked with keeping the Sikh community across Punjab strong and cohesive. Bibi Bhag Bhari was appointed to the Manji of Kashmir and ultimately chosen for this role because Guru Amar Das felt she was fully conversant with the doctrines of the Sikh faith. Ultimately, she acted as a spiritual and political leader, as she was responsible for the economic, religious, and social affairs of the Sikhs of Kashmir.

Hailing from Chandigarh, Punjab, Harita Kaur Deol became one of first seven women cadets inducted into the Air Force as Short Service Commission (SSC) officers of India in 1993. She then became the first woman pilot to fly solo for the Indian Air Force. Her first flight was when she was 22 years old was on September 2, 1994 in an Avro HS-748. She was killed in an air crash near Nellore on Dec. 25, 1996 at the age 25.

Central to Sikhism is the idea of social justice and equality, which is seen through the institution oflangar, or providing everyone with free food. Langar was established more than 500 years ago, in part by a woman, Mata Khivi. She was the wife of Guru Angad Sahib, (second Sikh Guru) and helped establish a free kitchen that provided meals for everyone. There is also reference to Mata Khivi in the Guru Granth Sahib (the holy scriptures of the Sikhs), wherein she is described as a good person, an affectionate mother and one who provides shelter and protection to others. Today, every gurdwara (Sikh place of worship) in the world continues the tradition of serving langar.

Born in Punjab, India Mai Bhago, embodied a wide range or skills and traits. Not only did she learn the art of homemaking but she also learned the art of war from an early age. Her mother taught her how to cook, embroider and manage household affairs, while her father taught her hand-to-hand combat, martial arts, archery, gatka (Sikh swordsmanship) and horsemanship. Her skills and leadership came in handy when, in 1705, she led 40 soldiers who had just deserted the Sikh army back into battle against invading Mughals. She later on went onto to become the bodyguard for Guru Gobind Singh (the 10th prophet of the Sikhs).

Mata Sahib Kaur joined the Court of Guru Gobind Singh to live a life devoted to social justice and community service. She would join him in serving langar, fighting battles and singing hymns. Due to her dedication to the Sikh path, in 1699, when Guru Gobind Singh ceremoniously created an order of initiated Sikhs (Khalsa), he asked her to play a central part in the ceremony. She famously added sugar to the Amrit  (nectar of initiation) that he and the other committed Sikhs were to drink. To this day, she is considered “Mother of the Khalsa.”

Rani Sada Kaur was a military mastermind. Born into a ruling family of Punjab, India, she came to assume the leadership of the Kanhaiya Misl (a region of Punjab) and the loyalty of its 8,000 cavalry members. She was known as a poised and strategic leader, and she joined forces with her son-in-law, Ranjit Singh, in an effort to unite Punjab into one nation-state. To achieve this, she led armies into battle and negotiated at diplomatic tables. Punjab ultimately came together under their leadership—Ranjit Singh came to be Maharaja (King), and she served as the Regent of Punjab.

Maharani Jind Kaur was married to Maharaja Ranjit Singh. When her son, Duleep Singh came into power at age 5, she served as his regent and ruled Punjab on his behalf. She reconstituted the Supreme Council of the Khalsa and restored a balance between the army and the civil administration. After the Sikhs lost the Anglo-Sikh Wars, the British annexed Punjab, imprisoned and exiled Jind Kaur, and separated her from Duleep Singh, believing that she was still trying to revive the Sikh dynasty. She managed to escape prison by disguising herself as a servant. She then traversed 800 miles to reach sanctuary in Nepal, and eventually reached England where she was reunited with Duleep. Sadly, she never regained the Sikh kingdom.

Princess Sophia Duleep Kaur Singh was the granddaughter of Maharaja Ranjit Singh, the last King of Punjab, and the goddaughter of Queen Victoria. Living in England she participated in the Women’s Tax Resistance League and defiantly refused to pay taxes to protest against the disenfranchisement of women. She also served as the President of the Committee of the Suffragette Fellowship. Her aggressive activism even involved her in a riot in November 1910, during which she co-led a march to the Parliament that resulted in a clash with the police.

As a social worker, professor, administrator and international representative, Inderjit Kaur has many accomplishments to her name. During the Partition of India in 1947, she ran an organization that rehabilitated more than 400 refugee families. She also set up Mata Sahib Kaur Dal School in Patiala for the children of these refugees. Inderjit valued a well-rounded education, so she organized self-defensing and shooting training for the women of these camps, and established a dance troop at her college. Inderjit Kaur was one of the first women to earn her Master’s degree from Punjab and went on to become the only woman on the governing council of Khalsa College, Amritsar. In 1975, she became the first female Vice-Chancellor of a Northern Indian university serving at the Punjabi University in Patiala.

Dr. Dalip Kaur Tiwana is an eminent fiction writer of contemporary Punjabi literature. She was Professor of Punjabi and Dean, Faculty of Languages, Punjabi University, Patiala, and is now Life Fellow of the Punjabi University. She has written 3 books of literary criticism, has edited 3 anthologies of short stories, and translated 2 novels from Hindi to Punjabi. She has 38 novels to her credit and 7 collections of short stories, and her works have been translated into several languages internationally. She has also won many literary awards.

Amrita Kaur Pritam was a Punjabi writer and poet, considered the first prominent woman Punjabi poet, novelist, and essayist, and the leading 20th-century poet of the Punjabi language. She has won several awards in poetry. In her career spanning over six decades, she penned 28 novels, 18 anthologies of prose, five short stories and 16 miscellaneous prose volumes.

Travel Back In Time