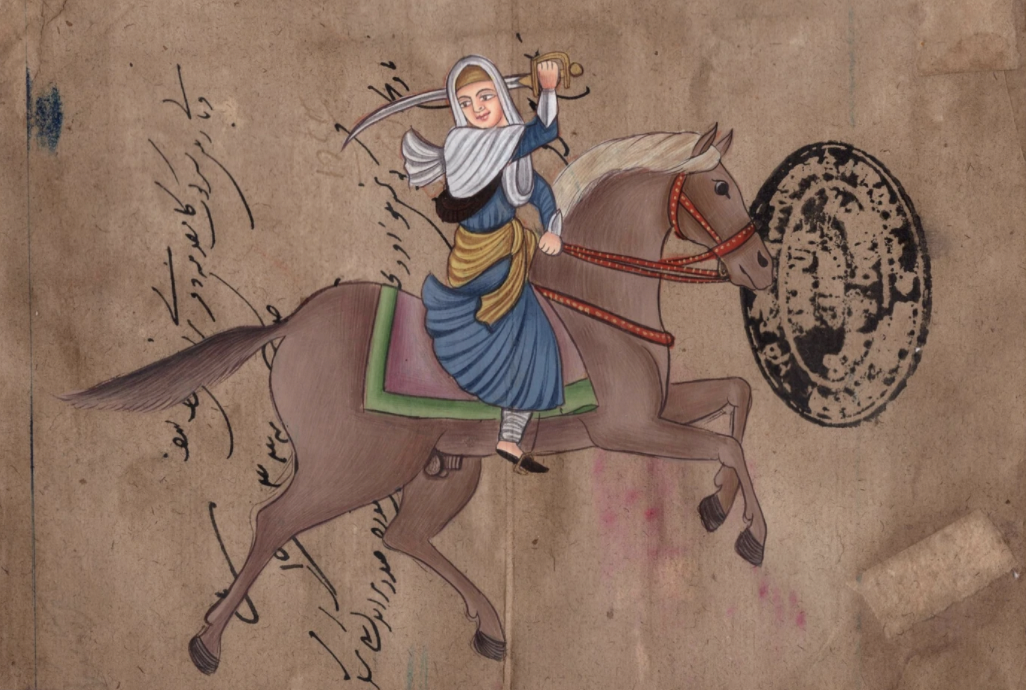 As the first documented Sikh woman representative of the sant-sipahi (saint-solider) tradition, Mai Bhago is a revered historical figure. This article will try to shed light on her life and legacy.

Mai Bhago may be the most well-known historical Sikh woman. But interestingly, there are few indisputable facts about her life. Dr. I.J. Singh points this out in his 2015 article, “History and Her-Story”:

“History tells us that at a difficult time, in December 1705, in the midst of a battle against [the Mughals], forty Sikhs chose to walk out and desert their Guru [Gobind Singh Sahib].  History also tells us that when they reached their homes, one woman  –  Mai Bhago, aka Bhag Kaur  –  shamed them and challenged them … to [rise to] the occasion.  She led the band of forty back to the Guru and into battle, where they each earned martyrdom….But what do we know of their intrepid leader, Mai Bhago?  Not much more than the two lines I have penned here.”

Beyond this, historians dispute many aspects of her life like: When was she born? What was her mother’s name? When did she accept Amrit?  Was she married or not? What did she do after the famous Battle of Muktsar? When did she die?

Sifting through tertiary and quaternary sources (sadly, I could not get my hands on any secondary or primary sources), I have tried to piece together a brief (and incomplete) overview of Mai Bhago’s life.

Mai Bhago was born “Bhag Bhari”  which means “fortunate” or “one who is full of good fortune”.  Some say this speaks highly about her family who viewed having a girl child in South Asian society as “lucky”.  After accepting Amrit, she was named Bhag Kaur. Colloquially, she is known as Mai Bhago.

Mai Bhago’s great grandfather was a follower of Sakhi Sarwar, a Mystic Pir, and took the name Abu-al-Khair (aka Abul Khair aka Abul Khan) and later converted to Islam. (Though some sources say he converted to Sikhi). At least two of his sons, Bhai Langah and Bhai Pero Shah, aka Piro Shah, (Mai Bagho’s grandfather) converted to Sikhi in the 1580s. Not much is known about Pero Shah, but Bhai Langah went on to serve in the courts of Guru Arjan Sahib and Guru Harboind Sahib. (Bhai Langah’s history and life is interesting on its own and I encourage you to read about him).

Pero Shah had a son, Bhai Mallo Shah, who joined Guru Har Gobind’s army and took part in several campaigns against the Mughals. Bhai Mallo Shah had four sons and one daughter, Mai Bhago. Mai Bhago was born in the village of Jhabal Kalan near Amritsar, Punjab in the Majha Distirict.

Mai Bhago grew up in a devout Sikh household where the Sikh tradition of valor was imparted early. As a young girl, she most likely heard about her family’s relationship with the Gurus, along with the martyrdom of Guru Arjan Sahib Ji, the wars of Guru Hargobind Sahib Ji, and Mughal injustices.

It is said that Mai Bhago visited Guru Tegh Bahadur Sahib twice with her family. She also visited Anandpur Sahib with her father in 1699, when Guru Gobind Singh created the Khalsa. It was here that she accepted Amrit along with other members of her family. (However, some historians believe that Guru Gobind Singh gifted her Amrit after the battle of Muktsar and at that point, changed her name to Bhag Kaur).

Apparently, Mai Bhago wanted to stay in Anandpur Sahib after the 1699 Vaisakhi to learn martial arts and become a soldier, but her father insisted she return home. At home, Mai Bhgo learned the art of warfare, archery, and horse-riding from her father, with the ultimate goal of joining Guru Sahib’s army. It is believed that she always carried a long sang (spear) on her person, and she would use bushes around her village for target practice.

Mai Bhago was married to Bhai Nidhan Singh of the village of Patti near Amritsar. Though some historians say this cannot be confirmed.

Battle of  Muktsar (aka battle of Khidrana)

In the early 1700s, Anandpur Sahib was under an extended siege by the allied forces of the Mughals (under Wazir Khan) and the hill chiefs which, led to the complete exhaustion of the Khalsa’s provisions.

During this time, a group 40 of Singhs decided to leave Anandpur Sahib and return home. They signed a bedava (document of dissent) stating that they were no longer Guru Gobind Singh Sahib’s Sikhs.

Mai Bhago’s husband and two of her brothers were a part of this group. Upon their return home, Mai Bhago was devastated to learn that they had deserted the Guru. Mai Bhago subsequently went to neighboring villages, imploring the men’s families and the other villagers not to support them or condone their actions. Mai Bhago and the other women charged them with cowardice and lack of faith. Re-igniting their love for the Guru, it is said that Mai Bhago donned typical “male” dress and rounded up the deserters who then followed her back to the Guru to seek his forgiveness. At this time, Guru Sahib was in Khidrana, Ferozepur (present day Muktsar).

British historian Macauliffe writes that Mai Bhago had a “… zeal for the Sikh cause… and vowed to suffer death if necessary on the blood stained field of danger on behalf of the Guru,” (M.K. Gill, 1996, pg. 62).

When Mai Bhago’s band reached Khidrana, they joined Guru Sahib in battle against Mughal forces, which came to be known as the Battle of Muktsar. In the end, all 40 men had died but were survived by Mai Bhago. Guru Gobind Singh Ji named the fallen soldiers, Chali Mukte or the 40 Liberated Ones.  “It was here that Guru Gobind Singh blessed the martyred Sikhs, tore the bedava paper and re-established ties with the Sikhs who had left him,” (M.K. Gill, 1996, pg. 61).

According to some sources, after the Battle of Muktsar, Mai Bhago stayed with Guru Gobind Singh as one of his bodyguards. While other sources claim that Mai Bhago became a wandering, naked ascetic and was brought back into the fold of Sikhi by Guru Sahib.

After her death, her home was maintained as a sacred site. Its last individual caretaker Gulab Rao, had converted it into Gurdwara Tap Asthan Mai Bhago meaning, “Shrine of the place of meditation of Mai Bhago”. It is currently maintained by Gurdwara Nanak Jhira Sahib, Bidar.

Mai Bhago’s life illustrates how while sexism may plague our panth, it was not perpetuated by the Gurus.  “There was a meritocracy at play here, not gender-determined destiny,” writes Dr I.J. Singh. She was a trailblazer whose story inspires many Kaurs, young girls, and Sikhs today.

“Mai Bhag Kaur was a stalwart pioneer who made Sikhi possible,” writes Dr. I.J. Singh. She was a living, breathing woman with a full life, not just an adjunct to men. “Our pioneering women were important voices and a significant presence in our journey forward that was started by Guru Nanak, to create an egalitarian society without gender inequality.” 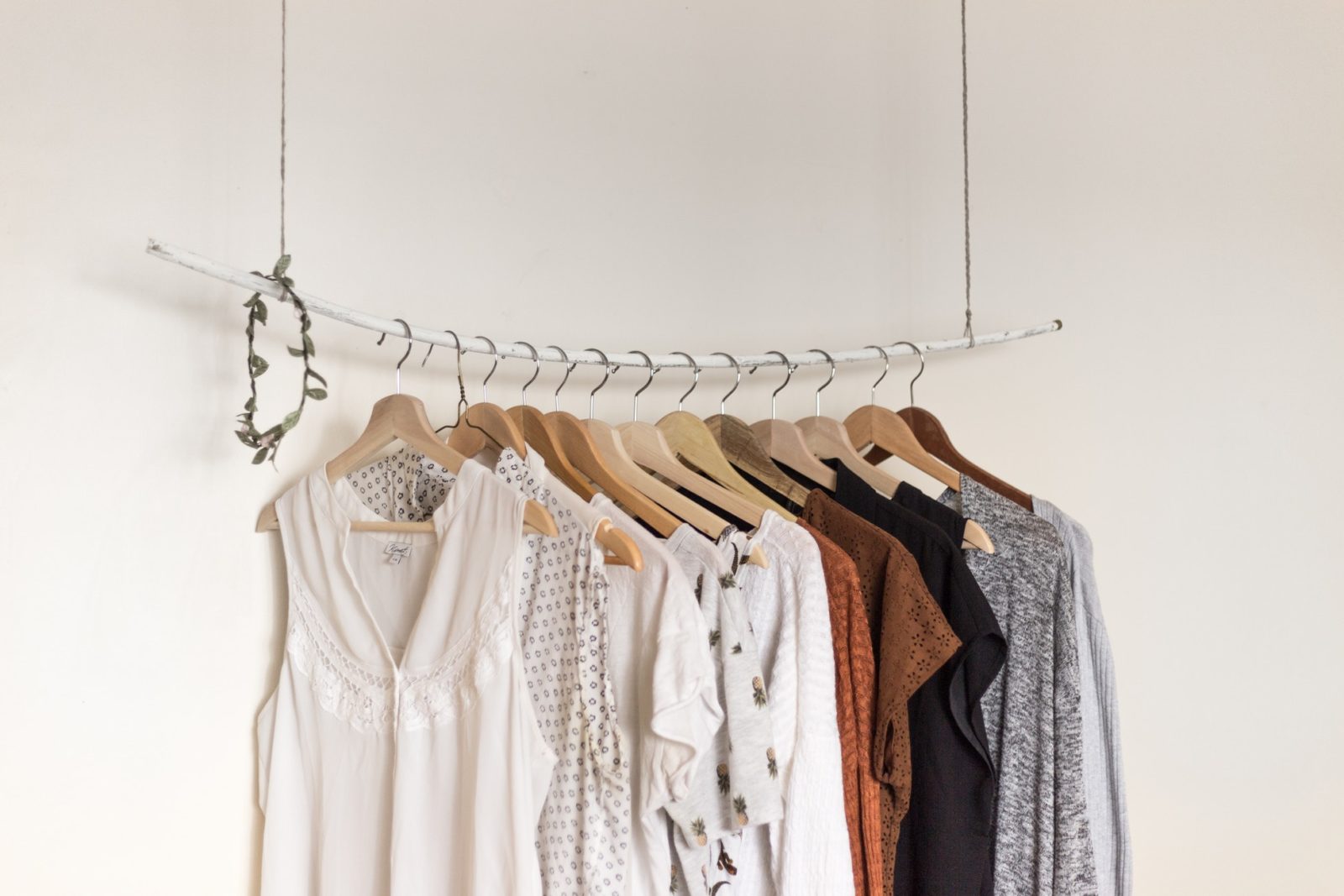 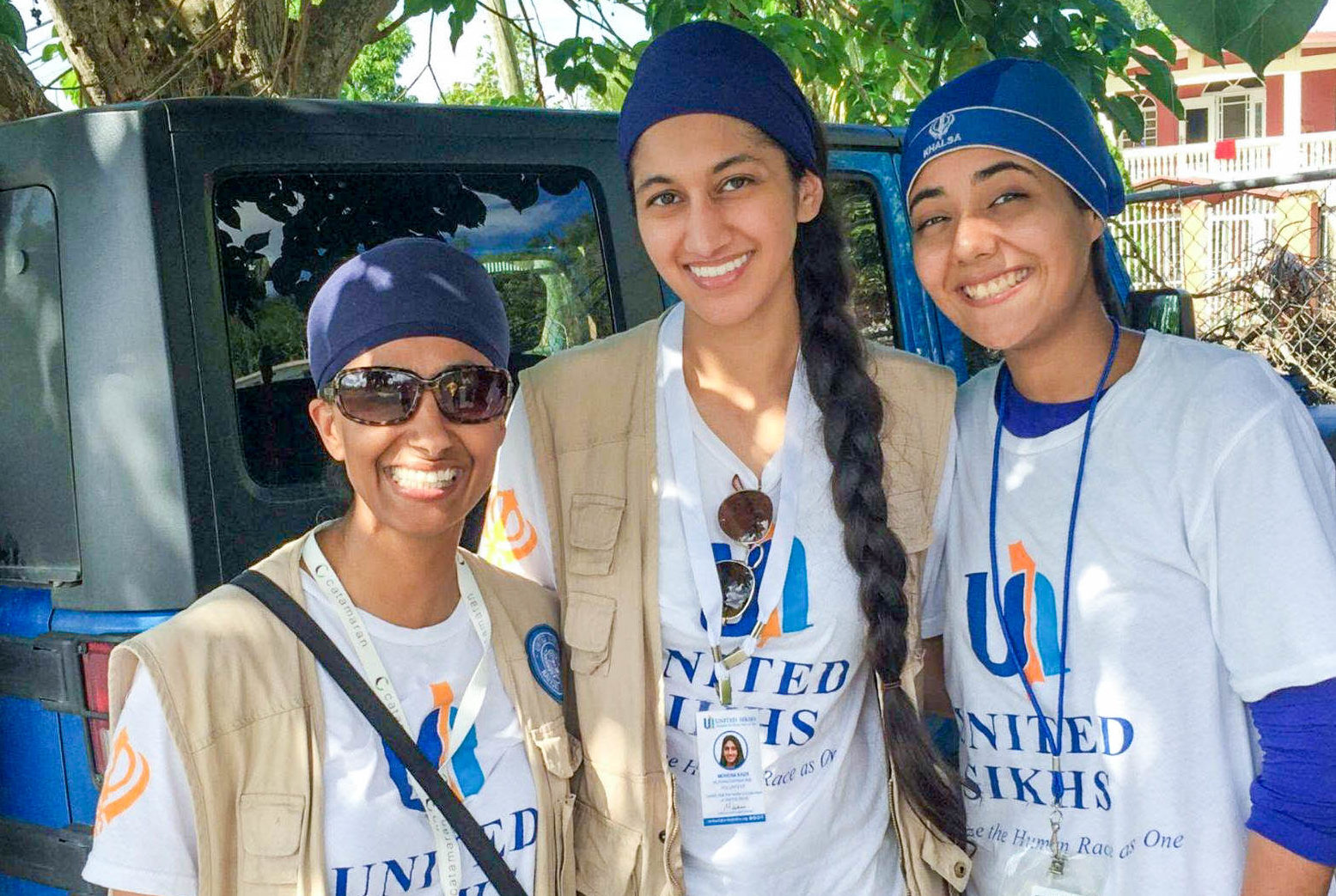 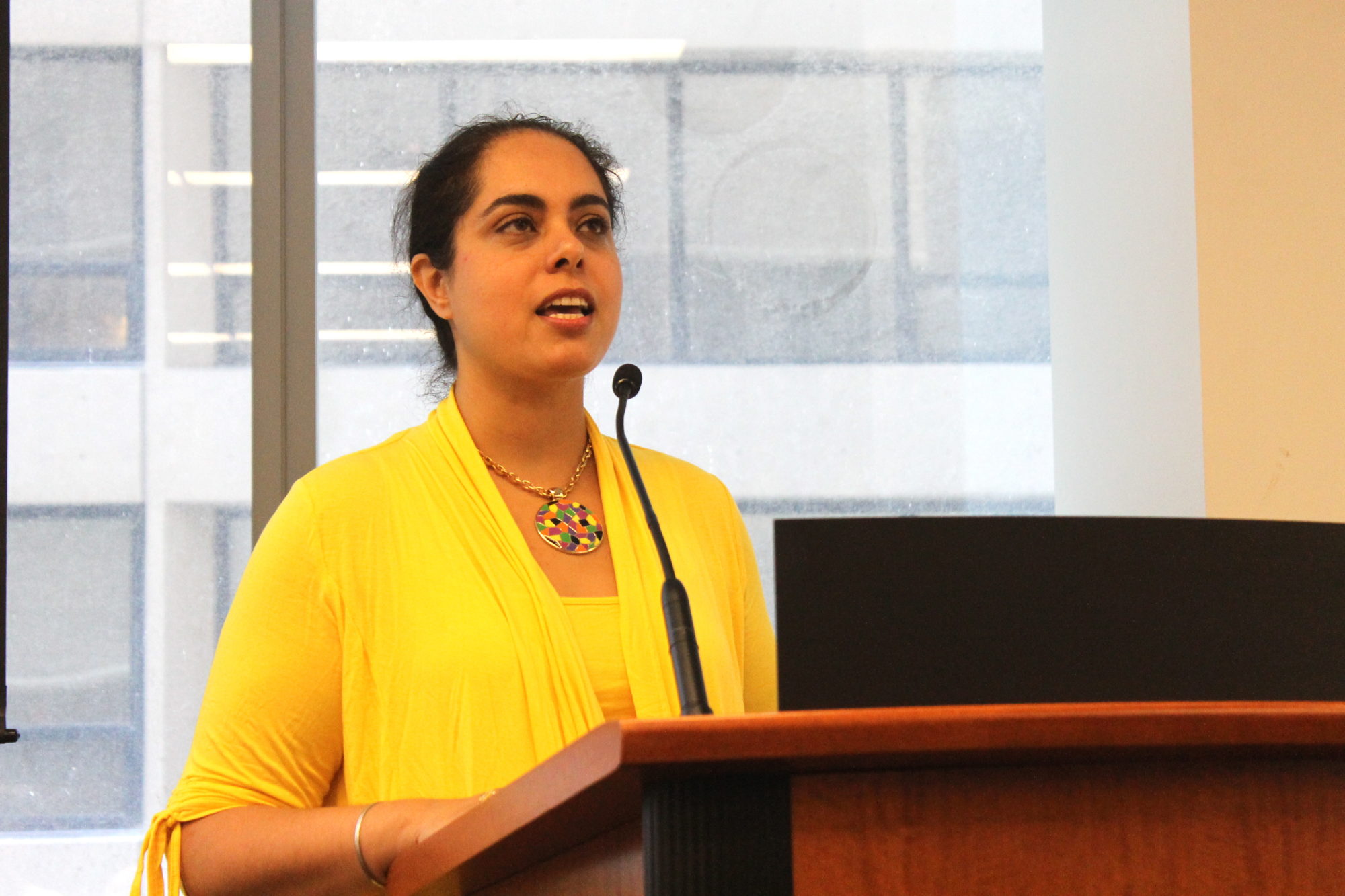