From the Delhi Protest Front Lines: Farming the Seeds of Equality 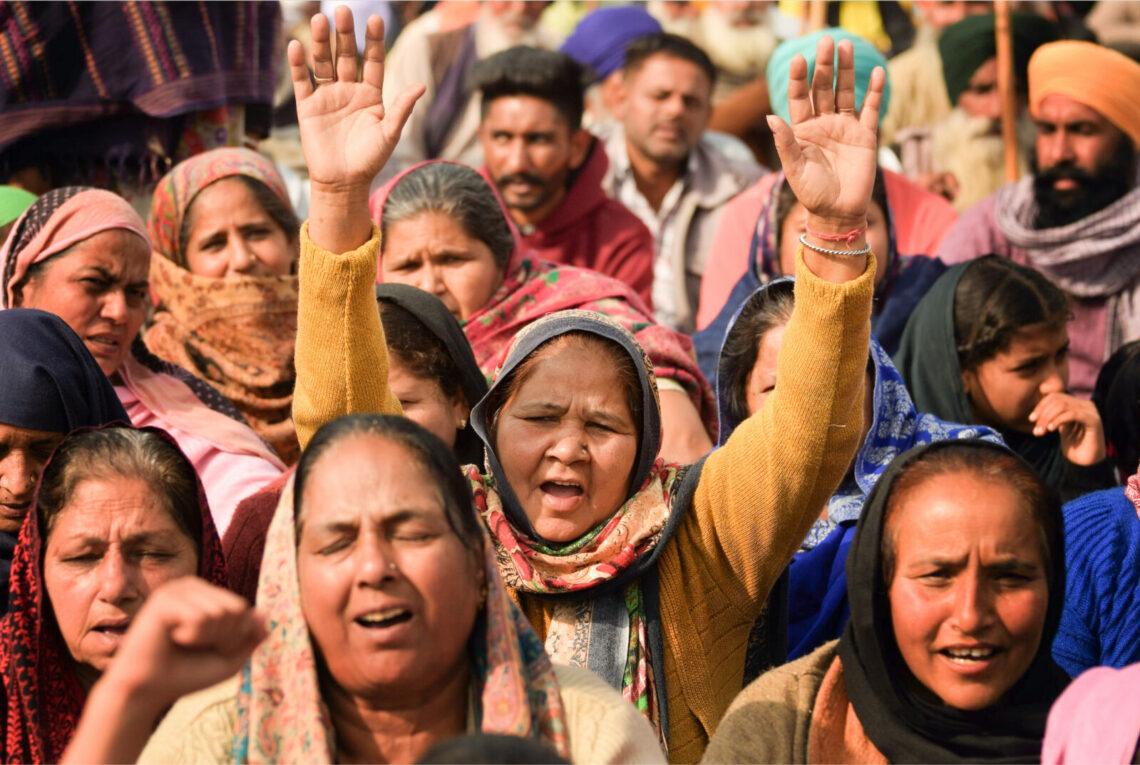 Delhi based lawyer, Kawalpreet Kaur, is currently on the ground at the Delhi protest showing her solidarity with farmers. These are her observations in, “Farming the Seeds of Equality: Punjabis Imagine a Future for India”.

There is something in the memory of Punjab that haunts us to go to and fro, between the past and the present. The story of an unresolved grief, one without a closure that is seeped deep down, generations after generation. The fear of its erasure and the will to retell it. A collective aspiration for equality and determination to fight for it. There is something in the land of Punjab that makes its children remember and not forget their roots. A shared history of injustice and the will to stand against all the wrong.

Raman is part of the morcha (demonstration) to Delhi from Punjab’s Sangrur district; she stares at the night sky wanting to see the stars that were visible from her pind (village) but her eyes could not penetrate the thick smoky sky of Delhi – one which is unwelcoming and harsh. This is her first visit to Delhi and she is worried yet resolved, tense yet determined. She marched with her jatha (group) covering over 200 kilometres to reach Delhi only to face multiple barriers at the border. With uncertainty looming over how long the protest would last, part of her worry is about where women like her would go to relieve themselves in the morning. Despite the problems they knew they would face after leaving Punjab, the men and women, young and old, some big and mostly small marginal farmers, kept marching ahead, braving the water cannons, tear gas and lathis (clubs) of the police on their way to Delhi. She shares her tractor with eight other women who have come with her in the same jatha.

There are thousands of women like Raman who have marched from Punjab to lay siege to Delhi, the heart of India. Hundreds of thousands of protesting farmers, including both men and women, have gheraod (sit-in protest) capital city’s border posts since more than ten days now. Many clad in yellow dupattas over their heads, some wearing gattra (kirapn belt) over their suits and young girls in jeans giving fiery slogans demanding repeal of what they call as “black laws”. Ever since the central government in India passed the three farm acts amidst mounting criticism, Punjab has gone into fire with farmers hitting the streets across the state. The controversial bills were passed in Rajya Sabha on 20th September despite the opposition Members of Parliament asking for a division vote – one the government was in no position to win. Thus, the legislations, affecting a huge chunk of India’s population, were passed without a threadbare discussion.

Fear of Corporate Take Over

Sitting on the ground in the morcha, Raman tries to attend her university classes online but her internet connection keeps disconnecting. A couple of months back Punjab witnessed, what they called as, SIM satyagrah (truth force) where farmers burnt Reliance Jio SIM cards and occupied Reliance petrol pumps in protest to corporate take-over. “Ambani, Adani go back” [referring to business conglomerates] resonates heavily in the air and the mentioning of these two big corporations of India invites displeasure. The farmers believe that these big corporations would take over the traditional mandis (marketplaces) and would gradually end any government incentive or support in agriculture. “The ongoing protests are not only for the sake of farmers but for the benefit of entire country,” said a young man at the site who works as a software engineer in Punjab who accompanied the protestors so that they are “heard”. On being asked, why he chose to join the farmers he pointed at his green turban, which is both the colour of the protests and of ketti (farm fields), and said, “I am also a son of a farmer.” The young man had initially approached me to enquire if I was feeling safe in the protests and whether the women protestors needed anything at the protest site. He told me how they are sleeping inside the tractors during the nights at Singhu “border”, presently a fortress occupied by farmers from Punjab and joined by farmers from Haryana, Rajasthan, and Madhya Pradesh. The Singhu border is currently a symbolic line separating the emperor’s Delhi from the democratic aspirations of the country’s rural and marginalised. This border has become the most visible protest site against the proposed takeover of the farming sector by the corporates.

The other arterial border that has been occupied is the Tikri Border which again connect the capital with Haryana. I met different jatha of men preparing langars, something that marks a living spirit at the site. A group of elderly men sat in a corner cutting vegetables while simultaneously discussing politics. One of them offered me bowl of chaah and said, “We with God’s grace have enough, we are here because our land is our blood and for that we can stay here till 2024.” There also are many simultaneous langars, which are being run by Gurudwara committees where not just the farmers, but also many local workers nearby the protest site, sit to eat langar in pangat (eating together) as Sikh farmers feed them. At the protests, langar has really become a metaphor for equality.

However, what makes this protest different and impactful is not just the fact that that these protests are organic upsurge against the continuous neglect but also one which is deriving strength from Punjab’s glorious history and Sikhi. As a young Sikh woman, I believe that our entire generation is a product of the defiance, the defiance that Punjab has shown historically towards rulers and authoritarian powers of this country. Our grandparents, brothers, and sisters who have joined these protests and who are on roads are the embodiments of that defiance. Therefore, there is a natural pull that we Sikhs feel towards these protests and which, in turn, are weaving the large web of solidarities among us.

There is a unity which is a result of the intergenerational trauma and the fear of losing our cultural heritage to Delhi. We are products of same kheti which is today under threat of being lost to Delhi. It is the feeling of shared history to fight injustice embedded in Sikhi itself that has united Sikhs across the spectrum-including Punjabi singers and sportspersons. The public display of solidarity that they have shown shows how deep the feeling runs. Moreover, deep down there is an implicit vision for equality.

However, this must not obscure the fact that the popular music videos and cultural productions in support of the farmers miss an important aspect of their struggle that is; they miss to represent the perspective of women farmers, their relationship with land, and their experiences and vulnerabilities. Whereas in reality what one sees at the borders is an assertive display of rosh (fury) led by women farmers. However, less in numbers and visibility, they are leading the movement by managing the stage, raising slogans against the Three Farm Acts, and not shying away from voicing their view through interviews, vocally and articulately.

One such women I met there was Jasbir Kaur Natt, a farm leader from Mansa, Punjab. Her two children, among whom one is doctor, both have joined her at the protests as she leads the morcha, acting as a coordinator of Tikri protest site. When asked what women farmers would lose due to these Acts, the women in her jatha explain how that they would be doubly exploited with these Acts; not only their labour would be undervalued but also after losing out their lands to the corporations, they would be forced to work at marginal rates for the big corporate houses. There are many “Jasbir Kaurs” at the protests whose spirited faces show up the resolute determination to take what they call as their haq (right).

Finally, it is Sikhi which is most visibly present in the protests where kirat karo, naam japo and vand chakko, are manifesting and brining energy into the protests. A farmer from Moga district said, “They want to rob Punjab of its land, the land is of Baba Nanak, the khet is of Nanak, and we would die but fight against this looting.” Here, the past is not aversive but a close friend, a guide and source of inspiration. A nostalgia of a united Punjab is forging closer ties between the farmers of Punjab and Haryana. The names of Guru Nanak Sahib, Guru Gobind Singh, Baba Banda Singh Bahadur, Mai Bhago, and Bhagat Singh resonate in most of the speeches. At the protest site, one comfortably travels back in time and moves ahead. History is evocated electrically through poetries, music, sloganeering and speeches, the tales of the righteous fights and courage of the pasts to protest against the injustice of the present.

To end with, the farmers of Punjab have shown that Punjab is not just a decorative showpiece in the Bollywood movies; it is not only “balle balle-shavan shavan”, but rather Punjab is alive, thriving with energy, and holding up the mirror to the powerful showing a path to justice and equality for the entire country.

Kawalpreet Kaur is a lawyer in Delhi with a graduate degree in psychology and law from Delhi University. She is a woman’s rights defender and the president of the All India Students Association for Delhi. She has been a vocal critic of the Citizenship Amendment Act and has been in the forefront against this sectarian and divisive Act. Kawalpreet is currently on the ground at the Delhi protest showing her solidarity with farmers.

Kaur Life stands in solidarity with all of the protesting farmers and laborers in India.

250 million farmers and laborers across Indian have gone on strike and/or are protesting against the Modi government’s agricultural reforms. People have come together and unified over agrarian issues, regardless of caste, state, or ethnicity. Farmers and laborers are uniting over their pursuit of justice. It is heartwarming to see the solidarity.

At Kaur Life, our mission is to highlight the stories of Sikh women. In an effort to illustrate our support for the protesting farmers, it is this perspective we wrote about (in this article) – but it is just a single perspective in a sea of many. Agriculture is the leading source of income for more than half of India’s 1.3 billion people and so, there are many unique experiences and different stories regarding the protests and the new bills. There are different insights we can learn from farmers and laborers of all backgrounds and identities who hail from all across India. We encourage you to also read about the plight of other communities in this fight to understand the diversity.⠀⠀⠀⠀⠀⠀⠀⠀⠀

Photo is by Sanjeev Syal. “Indian farmers, along with their family members, shout slogans as they protest against new agriculture laws during a nationwide shutdown in Amritsar, Punjab, India. 8/12/2020.” 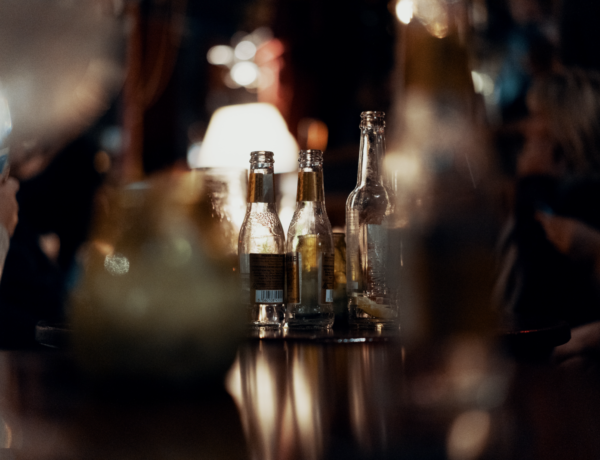 A Sikh’s Guide to Dealing with Bullies Throughout Life 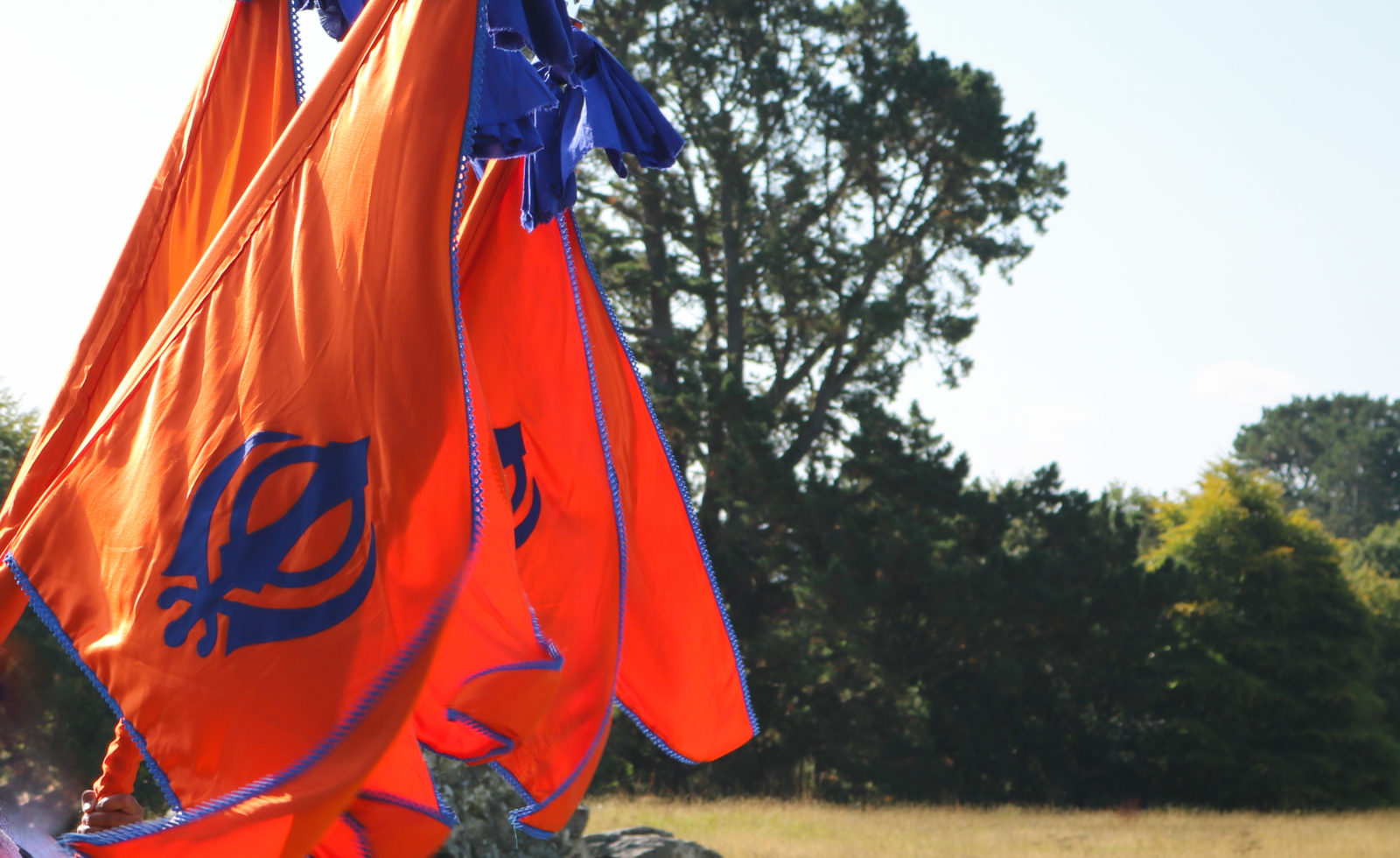