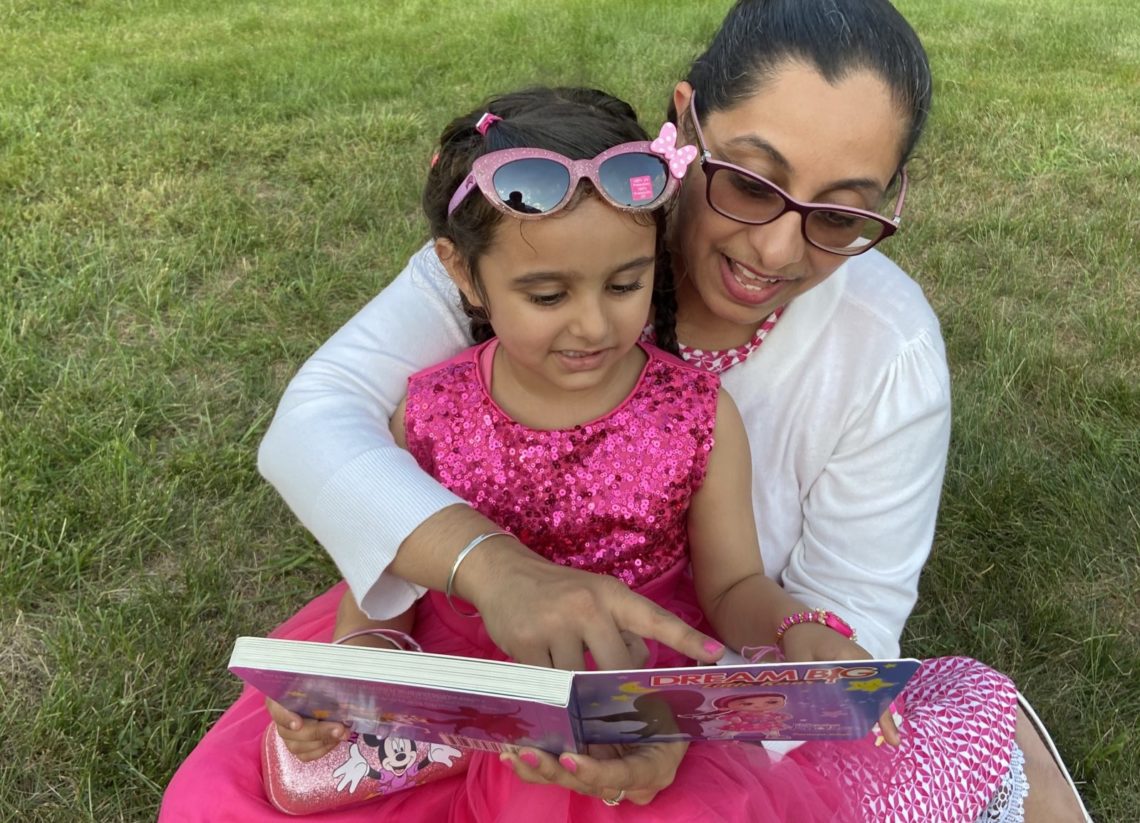 Physician and mother of two daughters, Jasneet Kaur saw a need for more Sikh children’s books. So, she went out and created a book featuring Kaur role models. When she’s not dreaming up more cool projects to support the panth, Jasneet is drawing, painting, cooking, and being outdoors with her children exploring nature and Waheguru’s wonderful creation.

Find out how “Dream Big Little Kaur” became a reality in our interview with her below. “I have always liked to write since I was younger,” said Jasneet Kaur “but this is the first book I have written.”

What inspired you to write Dream Big Little Kaur?

The main inspiration behind this book was my two daughters, Anhad and Darvesh who are 2 and 4 years old. My husband and I were constantly looking to provide them with role models from Sikh history, especially Kaurs whom they can look up to. However, we didn’t find many books about Kaurs from history that talked about their contributions and were also fun to read with vibrant pictures for young children. Hence, we decided to create such a resource that can benefit the entire community.

How did you get involved with the project?

Our journey started when we met Bhajneet Singh Virji, an author for Brave Lion Books during a Kirtan Samagam where he had his first and then latest book Ajeet Singh – The Invincible Lion on display for handing out to the Sangat. As I stopped to congratulate him on his amazing creation, I also shared with him a potential idea for his next project. He looked at me, told me he thought it was a great idea, but then followed it by saying, “But why me, why can’t you create that?” So I kept quiet, I thought maybe it was just his polite way of declining and that he didn’t really like my idea. But as I thought more about what he had said, I began to wonder, “Why not me? Why can’t I create it? What is stopping me?”

So, on the way home from that samagam, it was as if a spark had been lit and I wrote a nursery rhyme called, “5 Little Vices Living in Me”. As the weeks went by, I continued to think about more and more ideas and started to create various things. Then one day, while at the library with my daughter, I came across this book by Vashti Harrison that highlighted various women and their qualities as well as achievements. As I read that book to my daughter, I thought to myself that it would be amazing if there was a book just like this one that talked about Sikh women and their qualities. So, I started to work on creating just that — and a whole year later, we finally have a published version of Dream Big, Little Kaur!

What Sikh principles, Gurbani, or history guided you in its development?

The main Sikh principles guiding us were the qualities that are mentioned in Gurbani, that make one a Gursikh. We wrote about the various character traits that can help make one a Gursikh, and also included lines from Gurbani that mention those traits, hidden within the illustrations. We have highlighted one quality for each of the Sikh women that we talked about, however, they all possessed all the qualities mentioned and many more that made them exemplary Gursikhs.

Another Sikh principle we wanted to bring to light was equality, freedom, and respect given to women by our Gurus, both in words and actions alike.

How did you choose which Sikh women to include?

Did you get to influence the illustrations? If so, what did you keep in mind when directing the artwork? What was the general spirit behind it?

We were fortunate enough to be able to play an important role in the illustrations as well. We wanted the illustrations of the Sikh women to be as historically correct as possible, and to use them to create a window into the times that they lived in. For example, in the illustration where Mata Khivi Ji is serving langar, the sangat is eating in plates made of leaves, which was the commonly used form of plates in the older times. We also wanted the images to be fun and attractive for the children, so on the left side where the text is, we added doodles in the background that capture their eyes; for instance, in the page about Mata Sunder Kaur Ji, we can see the 5 kakaars in those doodles.

Who is the target audience? What do you hope they gain from the book?

Our target audience is all the young Kaurs and Singhs and we hope they can learn not only about the 10 Sikh women mentioned in the book but also about the various qualities that can help make any of us a Gursikh so that they can all realize their own beauty and inner strength and aspire to become model Gursikhs themselves.

What has been its reception?

The overall reception of the book has been great! I believe the parents of young Kaurs are especially excited to see this book since there aren’t many like it.

Do you have any other upcoming Sikh projects?

There are tons of ideas in my head, and to give them shape, we have created Curious Khalsa – a website that we will use for posting any new resources/downloads that we develop related to Gurmukhi or Sikhi in general. As far as books, one that I am currently working on is a book similar to this one that highlights some Sikh men from our history. Even my daughters, as they read this book, have started asking where the Singh book like this one is!

What’s your advice for other Kaurs who dream about writing a Sikh children’s book?

My advice for anyone dreaming about writing a Sikh children’s book would be to put your thoughts on paper and start making it a reality. I have had no formal training in writing children’s books and yet was able to create a product that I believe is valuable for our younger generation. I was able to succeed in this endeavor because I had support and guidance from the right people in the beginning, and we continued to find more people who were able to guide us at various stages offering different perspectives, all of which were then combined to make the final product what it is today. In short, what I am trying to say is, if you have an idea and are willing to put in the time and effort, just start the project and Guru Sahib will provide continued guidance to bring it to completion.

We hope that you and your young and curious Khalsas will enjoy Dream Big, Little Kaur as much as we have enjoyed creating it. To order your own copy of the book, or to access activity sheets and lesson plans to go with the book, visit www.bravelionbooks.com. To hear a book reading prior to purchase, click here. We have also created a website www.curiouskhalsa.com where posters of Mata Bhaag Kaur Ji and Mata Sahib Kaur Ji are available for download along with other Gurmukhi and Sikh history learning resources that are continually added.

For lessons plans and activity sheets head over to Brave Lion Books. 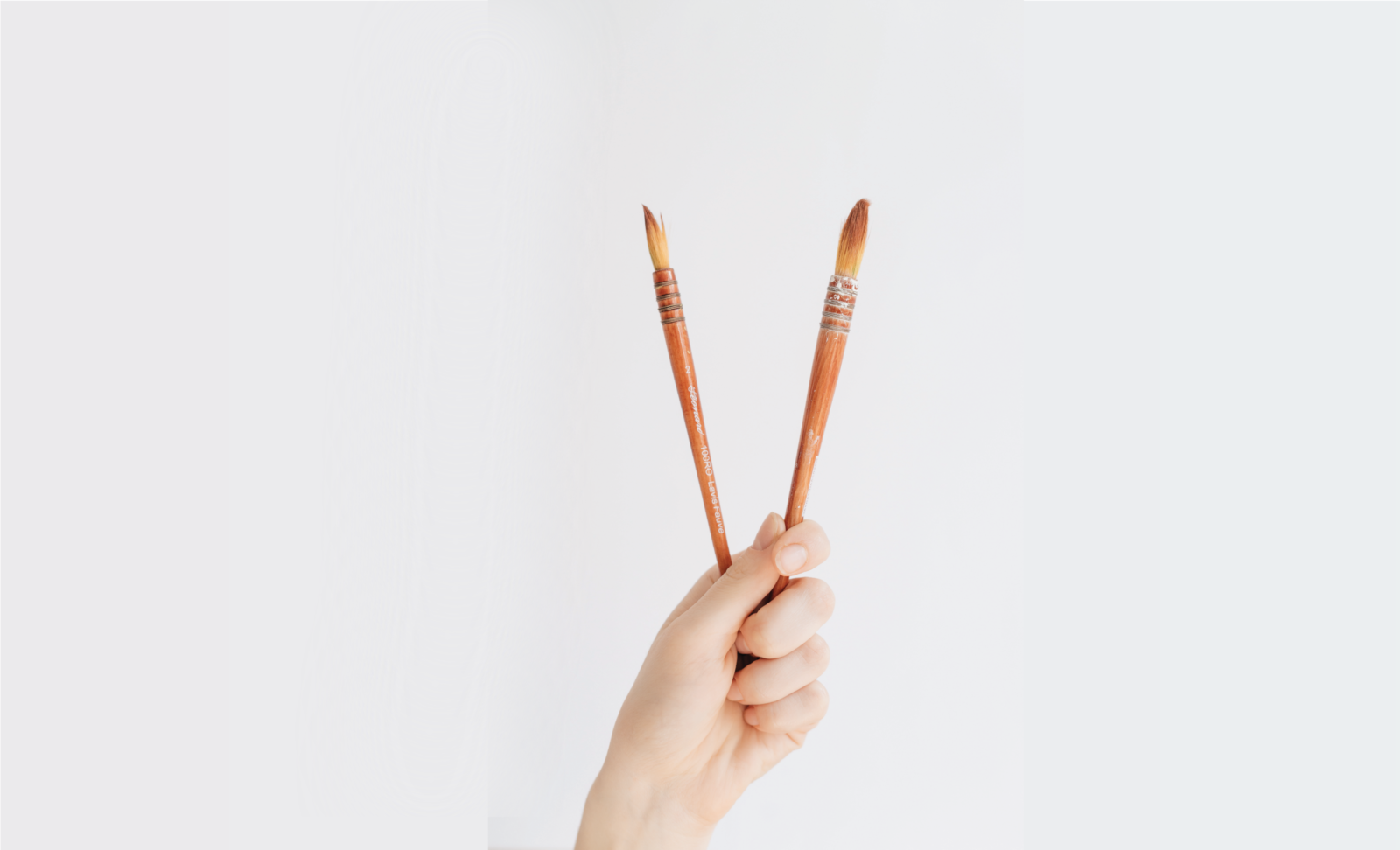 Sikh Artist’s Message to Kaurs: Cling to Your Passion 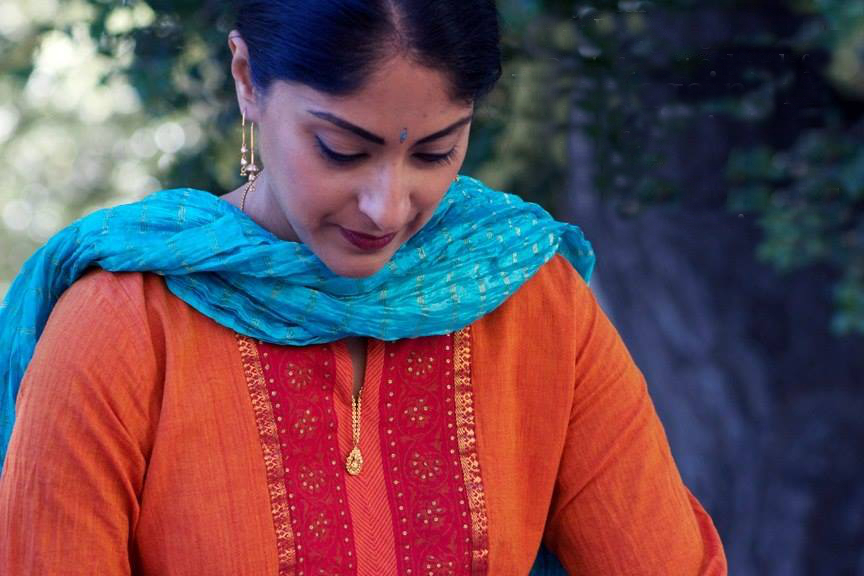 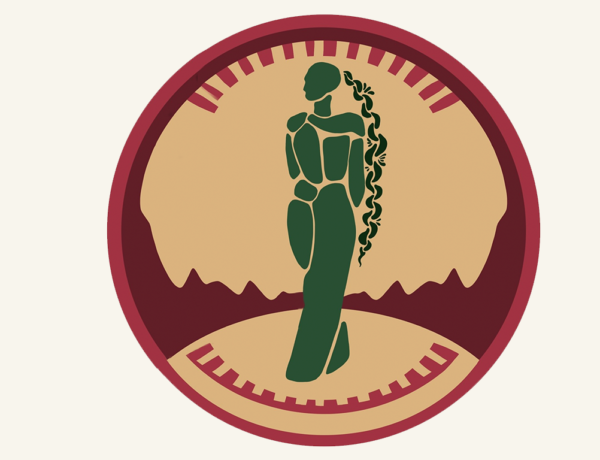