My idea to ask came from my interest in art, makeup, and media representation of South Asians. Growing up, I always had an interest in painting so, experimenting with makeup was a natural progression for me. But, I quickly noticed there weren’t any videos, tutorials, or pictures online that represented my skin tone. I would go out and buy similar colors that I had seen, but they looked completely different on me than on the models which, I found very frustrating. I hated that brown skin women were not fully represented in beauty and fashion. I was really upset that Sikhs were rarely seen in media.

This was always in my mind as I grew up.

After college, I got a job with Hearst Digital – a multimedia and publication company that owns several fashion and beauty magazines including Seventeen. I work on the digital team which operates across all our websites and social media pages.

I had an idea one day to let our video team at Hearst Digital to know that I was available and willing to be in their video shoots if the need ever arose, and to my surprise one day several weeks later I was approached by the YouTube lead asking me to be in a video.

The purpose of the initial video was to show that a trending, seemingly hard to pull off lip color can actually look good on you. By showing the color on girls with a varying skin tones, the video lets the viewer decide if it’s something they want to consider wearing. I know when I see a beauty product being demonstrated on someone with a similar skin tone to mine (which is rarely the case) I actually go, “Oh, I think that would actually look good on me.” and can go out and buy the same brand and color without an hour long trial and error processes of 500 colors.

The photo shoot felt AMAZING. I was initially pretty nervous to do this when I found out how elaborate the shoot was really going to be. They were shooting it at the YouTube studios in Chelsea Market, and bringing in other women who were actually aspiring actresses. I assumed I would feel self conscious and regret volunteering, but once I got there it was actually an incredible experience! I felt totally empowered, confident, and excited for other girls to see this. 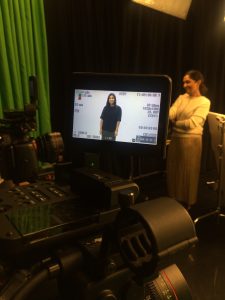 I met the coolest women. In fact, every single person on set was a woman which felt so cool. The videographers, the YouTube coordinator, and video director were all wonderful women whom I’ve seen around the office but never got to interact with. I was beyond impressed how comfortable and confident they made us feel on set, and it was really inspiring to see them in action- women uplifting women, crushing it in their roles. I also got to meet the other talent performing in this shoot who were such a fun group of girls. They each had really interesting stories– making YouTube videos from their bedrooms, trying to follow non-traditional paths to success by perusing their passion of acting. The coolest part about meeting these women was seeing how supportive they were of one another.

My biggest hope from all of this is that other Sikh girls can know that they can peruse a creative career path, express themselves creatively, and even be interested in fashion or beauty and still believe in their ideals. I think there is a negative connotation and stigma within our own community, that if a Sikh girl is interested in beauty and fashion she must not be serious about her faith, must not know her history, must not care about her identity. I have NO idea where that negative stigma came from but it’s the opposite of true. I’m hoping that by doing this I can help young Sikh women realize that there is strength in walking the less traveled path and that you are in fact capable of doing this as a young Sikh woman.

I believe that when you find the strength to be unafraid of who you are, and embrace your Sikh identity and ideals, that the people around you, even in the workforce, will have nothing but respect for you. I think the idea of needing to shed your Sikhi to attain career success is partially a strain that we place upon ourselves. Yes, there is pressure, and it is sometimes painfully obvious how different we are than the rest of our coworkers, but I see our Sikhi more as an advantage than anything else. Our identity gives us the extra advantage of being noticed and I think people respond much more positively  to those who are unapologetically true to themselves. From my first day at Hearst I have been really upfront about the fact that I’m a Sikh, and showing that it’s something I care about. I was asked to be in this video because I was different, not because I chose to blend in. I know a lot of us, including myself, got bullied a lot growing up which makes us think our Sikhi is the problem. But there will always be another challenge- the challenge of being a woman in the workplace, the challenge of being a minority in the workplace. I think considering giving up your Sikhi to achieve workplace success is just as inane as considering shedding being a woman, or being a minority. If you care about it, make it a non-option and work hard for your success! We all have to work hard for our success anyway, it just seems futile to shed something you care about in the process.

I think a substantial part of being a Sikh woman is to spread a positive message and empower other women around us. Feeling objectified for me is when someone yells crude comments as I’m walking down the street which happens regardless whether I’m dressed like a college student studying for finals at the library, or a model after a photo-shoot. Shooting this video on the other hand, was one of the most empowering experiences I have ever had in my entire life. If we do something that feels like it lifts us up and empowers us, you can be sure that some other girl out there is going to feel uplifted and empowered. The point of shooting this video was to show young girls out there that a trendy outfit or a certain makeup color is not only limited to one body type or skin tone.  I think it’s time to change the narrative away from asking women what they can do to be less objectified to asking men what they can do to make women feel less objectified. And as a Sikh woman, where activism and equality is even more important, this becomes our duty even more. I can’t help but wonder if those same haters ever blamed Waris Ahluwalia of pursuing a career that was objectifying or immodest. We should have the same unconditional support that we have for our Sikh men as we do for our Sikh women. As long as you’re partaking in something that you truly believe has a positive message, it really doesn’t matter what other people think.

Nourish your roots, love yourself, and never be afraid to express yourself creatively!
by Gurleen Kaur 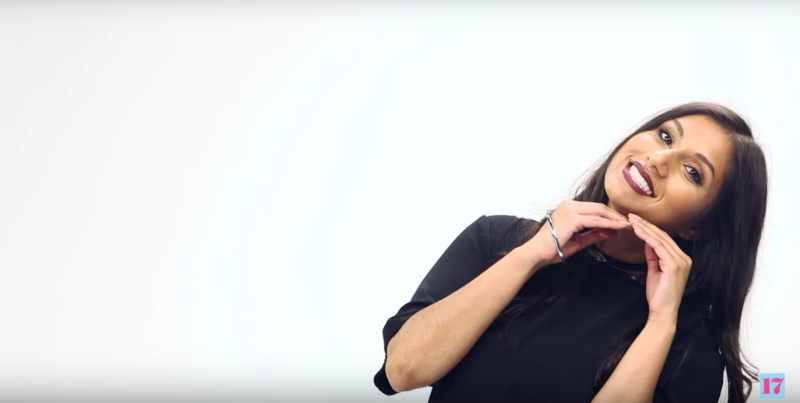 Gurleen Kaur is an artist and beauty blogger who works in digital media. You can follower her on Instagram. She is also spearheading Phulkari Women, an art submission website for and by Sikh women. Check out Gurleen’s other Seventeen Magazine videos here: 1 Jumpsuit on 3 Girls and 1 Skirt on 3 Girls. Finally, you can see Gurleen’s Youtube Live video for Marie Claire, another Hearst brand, where she gave make tutorial. 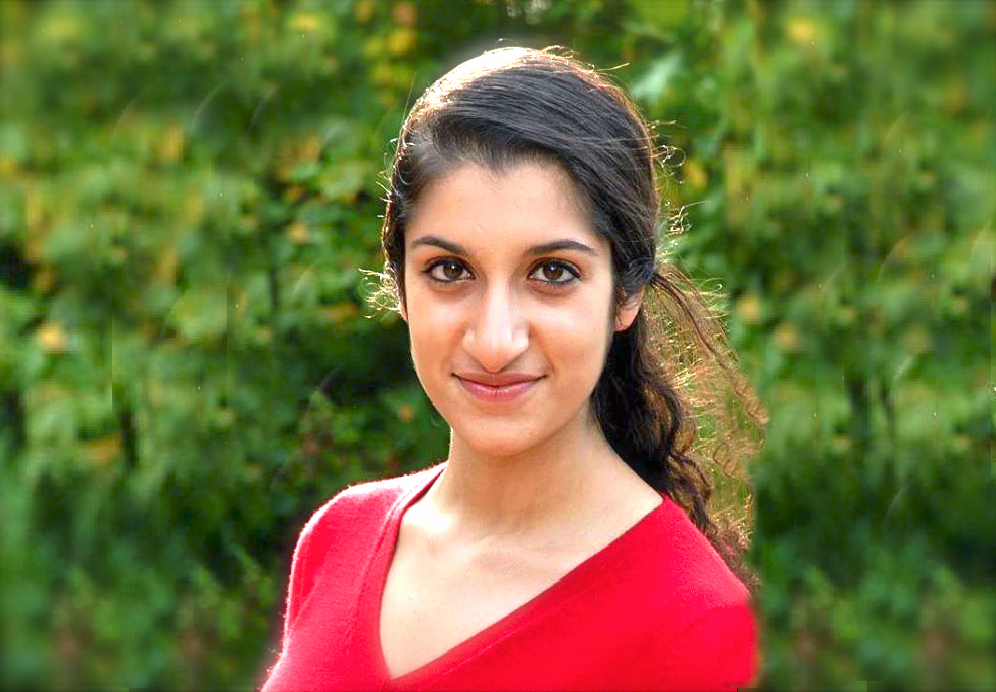 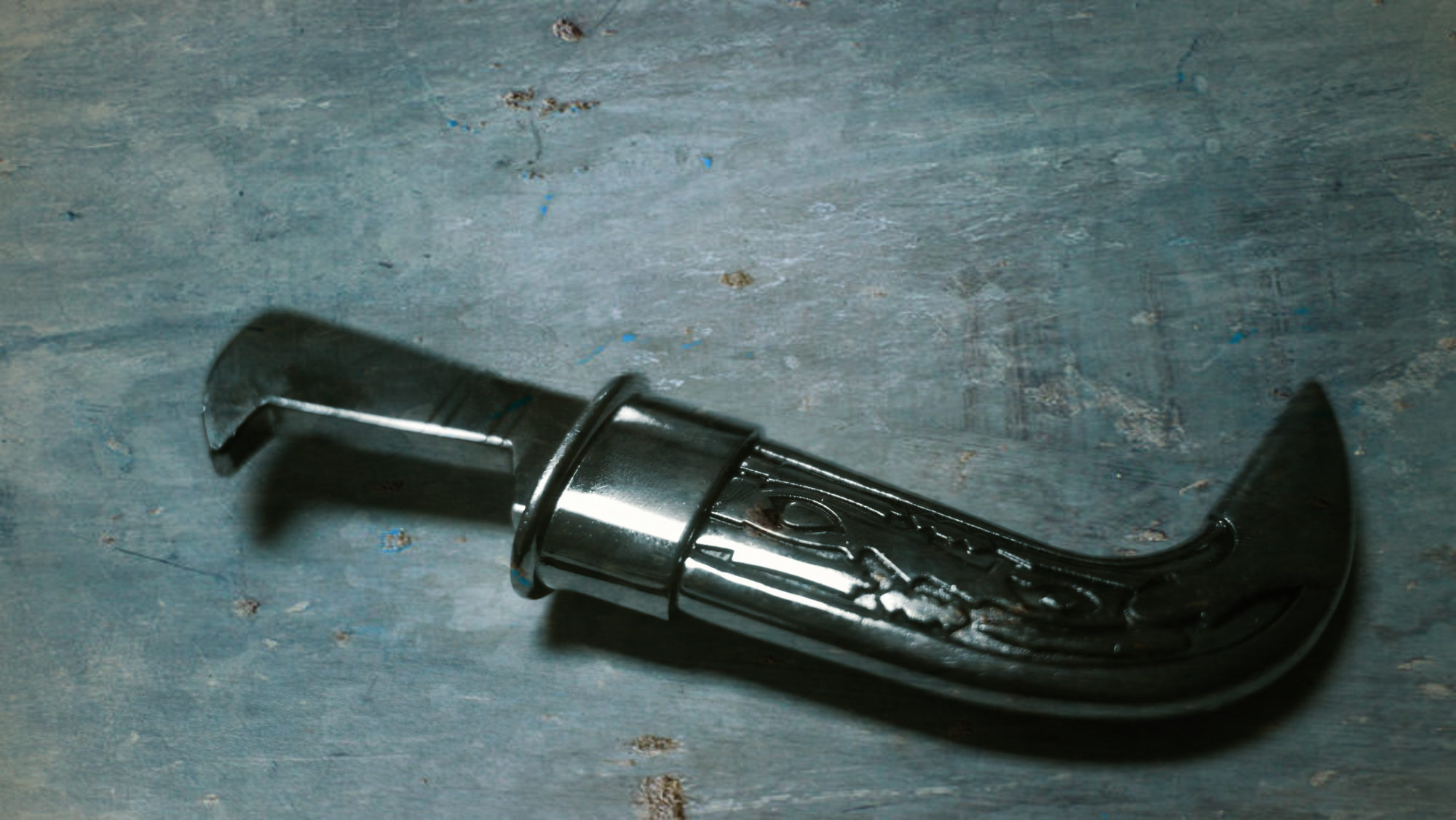 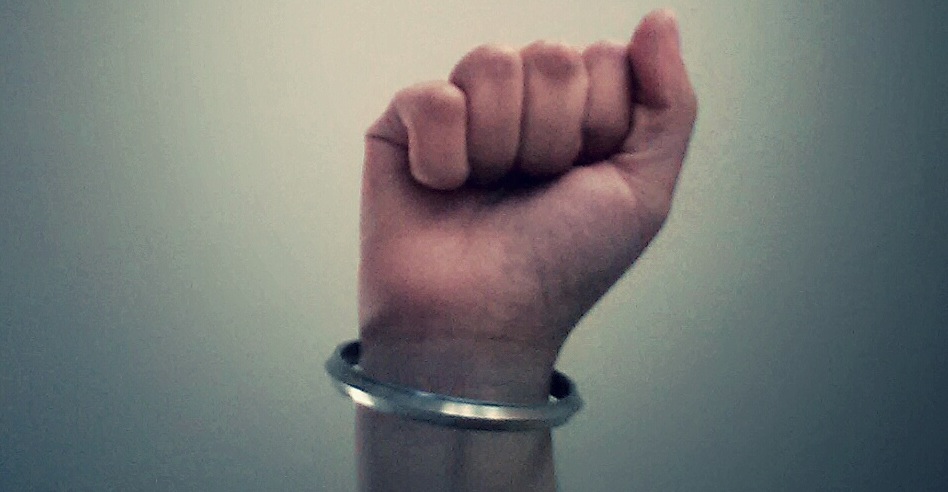